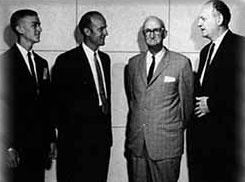 The Graff name has been part of the fabric and history of Flint, Michigan for over a century.  In 1914, Otto P. Graff was the Treasurer for Genesse County.  Ford Motor Company, having just removed the underperforming Ford dealer in Flint, approached Mr. Graff and asked him who in the community would be a good dealer.  His response was simple, “I would!”  He had often looked out of his office window and pondered “If I had one dollar for every car in and out of that Ford dealership it would be a good thing.”  With an entrepreneurial spirit and $600 in savings, Otto and his wife Flora launched the Ford Sales Company located on North Saginaw Street, just north of the Flint River.

Otto’s agreement with the Ford Motor Company called for him to sell 125 cars a year.  In the first year they surpassed the quota and retailed 150 cars.  Ford thought that the Ford Sales Company was too similar to the Ford Motor Company, so Otto changed the name of the company to Otto P. Graff Motor Sales.  Otto moved the location to the corner of Kearsley and Harrison where the dealership remained until 1918.  In 1918, the Fordson Tractor was added to the Ford Motor Company’s line of products.  In addition, Henry Ford purchased Henry Leland’s interest in the Lincoln car and it too became part of the Ford line.  Otto P. Graff Motor Sales soon offered Ford, Ford Truck, Lincoln-Mercury, and Fordson Tractors in their line of products.  The business continued to grow and in 1924, Otto sold over 2,400 vehicles.

In 1927, Otto built a new Garage on Harrison Street and a new Sales Department on Saginaw Street.  He also added five sub dealers and a variety of other holdings to his enterprise.  On May 26, 1927, Henry Ford and his son Edsel drove the 15 millionth Model T Ford out of their factory marking the end of the famous automobile’s last day of production.

For a period of seven months, Ford did not produce any vehicles and Otto’s business suffered as the Ford Factory was converted to manufacturing the much-anticipated Model A.  With the advent of the Model A, business was again on the upswing when in 1929, The Great Depression decimated the world economy and the fortunes of Otto P. Graff Motor Sales.  Otto and Flora lost everything.

Otto approached Citizen’s Bank and its president Edward Burroughs and made a deal to keep the enterprise alive.  Otto gave all the stock in the corporation to the bank.  He was paid a weekly salary of $75, and all profits went to the bank until 1948 when Otto was able to repurchase all the stock.

In 1936, Max H. Graff was enrolled at the University of Michigan.  Because of the depression, Max had to leave school and come home to work for his father Otto.  Of course, Max was no stranger to the business having worked at the dealership all through his youth.  Max detailed, serviced, and sold cars learning the business from the ground up.  In 1937, Max was assigned to manage the branch at Dort Highway and Davison Road.

During World War II, all manufacturing facilities were dedicated to the war effort.  Cars were not produced, and Otto P. Graff Motor Sales had to rely on its service business and used vehicle sales to keep it afloat.  After the war, Ford took away the Lincoln-Mercury franchise even though Otto had over 2,000 orders with deposits lined up.  In addition, Ford only allocated 176 cars and trucks to Otto in 1946.  The post war transition was difficult for Otto as well as for the Country. 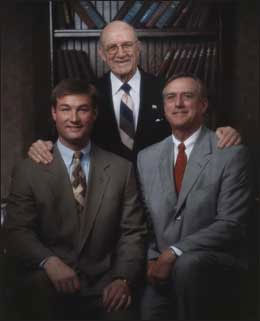 When Otto’s second son, Rex, a graduate of Ferris State University, returned from his service in World War II he was put in charge of the Motor Rebuilding Department.  This department prospered with Rex at the helm as new parts were scarce following the war and refurbishing used parts was necessary to keep vehicles on the road and in the fields.  The rebuilding business was eventually sold in 1949.  Rex then took over the tractor franchise and they built a facility at Davison Road and Dort Highway.  That business too prospered and was eventually sold in 1969.  After a brief hiatus, Rex returned to the dealership in 1970 as the General Manager and served in that capacity until 1975 when he retired and became the Executive Secretary of the Genesse County Dealers Association.

In 1948, Max was made the General Manager of the Ford dealership.  In 1958, Otto P. Graff semi-retired and Max became the Dealer-Designate.  Max was very involved in the community.  He was the President of the Kiwanis Club in 1958, Chairman of the United Fund in 1961, President of the Flint Golf Club in 1965 and President of the Michigan Auto Dealers Association in 1967. 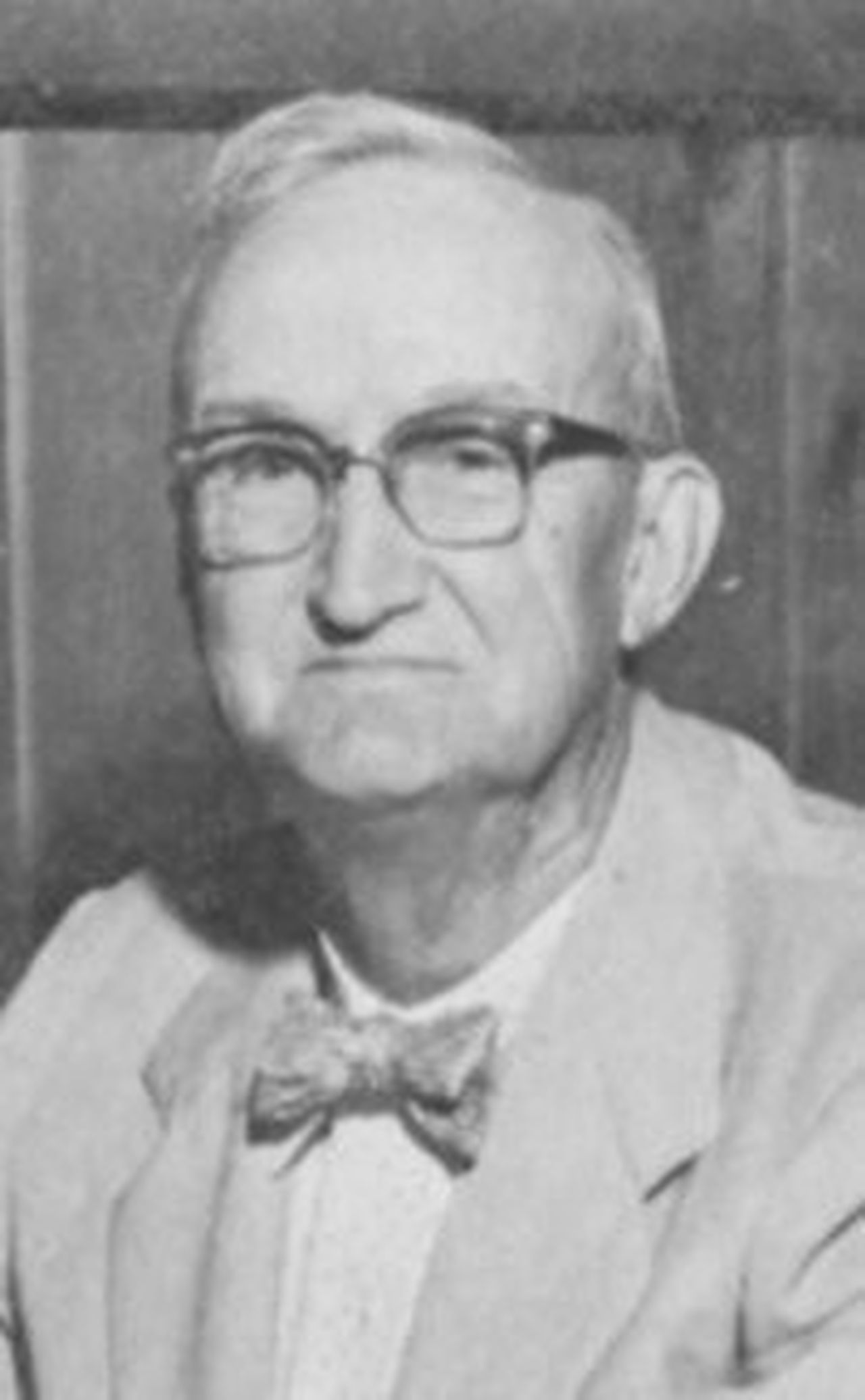 Otto P. Graff passed away in 1967, following a 53-year career in the automotive business.  He left behind a legacy of entrepreneurship, hard work and the determination to overcome any obstacle.

Also in 1969, Max H. (Hank) Graff, Max’s son, graduated from Michigan State University.  Hank taught school in Flint for two years and in 1971 joined the family business as a Used Car buyer.  Hank too spent his youth working in all aspects of the family business.  In 1975, Hank became the General Manager.  In 1977, Hank became the Dealer and a stockholder after purchasing Rex Graff’s stock in the business.

In the early 1980’s being a Ford dealer in Flint, Michigan was not easy.  General Motors made the decision to offer its employees the option to buy General Motors vehicles at less than dealer cost.  At that time, about half of Graff’s customers were United Auto Worker members employed by General Motors.  In addition, Ford purchased the other Ford dealership in Flint, and made Al Bennett the dealer.  Ford Supported the new dealership and it appeared Graff would have to compete against the new dealership and the factory.

In 1982, Max and Hank learned that Uptegraff Chevrolet in Davison, Michigan was for sale.  Within two weeks an agreement was made and on August 1, 1982, Ford was notified that Graff was going to give up its Ford franchise and on August 2, 1982, Graff signed a franchise agreement with Chevrolet.

The Hank Graff Chevrolet sold a ton of vehicles, but cash flow was a constant struggle in the early years.  In 1986, Graff sold 4,703 vehicles which was the second highest sales volume of all the Chevrolet dealers in Michigan.  Hank Graff Chevrolet in Davison has gradually expanded over the years and the facility now encompasses approximately 58,000 square feet.

Television advertising has always been a key to Graff’s success in the mid-Michigan area.  Much of Hank’s advertising also reached the Tri-Cities area including Bay City, Saginaw, and Midland.  When the Wickstrom Chevrolet dealership in Bay City became available in 1986, Hank purchased the store and installed Phil Goldman as his General Manager and Partner.  Phil served in that role until 1990.  In 1990, Wayne Wedding became the General Manager and Partner and served in that role until 2007.

In 1991, Hank and Keith Barnett purchased the Chevrolet, Buick and Oldsmobile Geo dealership in Sandusky, Michigan.  In 1996, the dealership was moved to a brand-new facility on the west side of town.  Keith served in that role until 2017 when his son, Sam Barnett became the General Manager and Partner.

In 1999, Hank purchased the former Schaffer Volvo and GMC Truck dealership which had locations in Flint and Saginaw.  Keith Whitmore, Hank’s son-in-law, became the General Manager and Partner in the new Graff Flint & Saginaw Truck Centers.  Keith operated those dealerships and eventually became the sole owner.  He sold the dealerships in 2019.

Also in 1999, Christopher Graff, Hank’s son and a recent graduate of Michigan State University and Stetson University College of Law was promoted to General Manager in the Davison dealership. Chris subsequently purchased the dealership stock and is the Dealer Owner of Hank Graff Chevrolet in Davison.

Also in 2003, Hank purchased Ottawa Chevrolet in Ottawa, Ohio.  Jeff Cole became Hank’s partner and had oversight responsibilities for both the Ottawa and Fostoria dealerships.  The Chevrolet dealership was moved from its aging facility to a newly renovated facility on Perry Road in 2004.  Jeff left Graff organization in 2009.  Mike Pauly became Hank’s Partner and General Manager.  Hank sold the Ottawa dealership in 2017.

Also in 2012, Chris purchased the Buick, GMC and Cadillac dealership in Mount Pleasant.  Lon Keely served as General Manager from 2019 to 2021.

In 2019, Chris sold the Gladwin dealership to the Richardson family from Standish, Michigan.  In addition, Chris and Matt Sloan purchased the Nissan dealership adjacent to Graff Chevrolet Okemos.  Matt serves in the role of Partner and General Manager for both dealerships.

The Graff family has been in the automotive business since 1914.  The reason for our longevity and success is that we are in the “People Business”.  Whether we sell Fords, Lincolns, Mercurys, Chevys, Buicks, GMCs, Cadillacs, Pontiacs, Oldsmobiles, Chryslers, Dodges, Rams, Jeeps or tractors the most important part of the equation is people.  Our employees have been and will always be our greatest asset.  Every partner in the Graff organization has come from within.  Hank has always said, “treat your employees like family.” 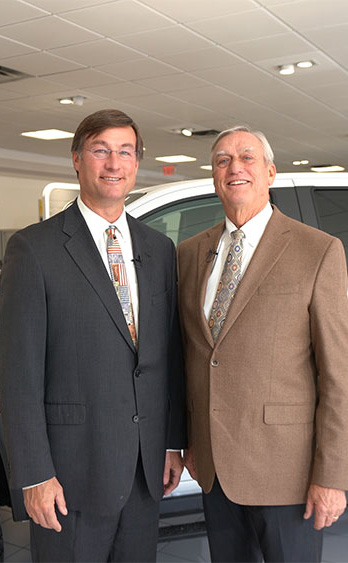 And if our employees are our greatest asset, our customers are our greatest responsibility.  We strive to provide excellent service with honesty and integrity for every customer every time.  Our credo is simple “Do the right thing.”  We hope to serve our communities and new communities in the century to come.  And if you see Hank in the dealerships with a yellow legal pad making “To-Do” lists for the General Managers, grab a coffee and have a chat, it’s his favorite part of the business.